-
NEW Fiorentini and Baker from the BOOT of Italy
Chic sneaks to boots. Treat your feet!
Free Shipping!
orders over $250 ship free! click to learn more.
Spectacular Winter SALE
If your size is there, it is meant to be!

A special Tale of the Sole: When really rotten things happen to really good people, Ped to the rescue!

As many of you know, in 2006 Ped relocated its headquarters from Seattle, Wa. to sunny Santa Barbara, Ca. We only stayed in SB two years, but while there we met some amazing people with whom we’ll be friends for life. Howard Schiffer and his family are among our favorites! Howard is the founder and president of Vitamin Angels, a nonprofit organization that strives to ensure young children around the world receive proper nutrition in order to grow and thrive.

So, it broke our hearts to learn the Schiffers’ home of 15 years burned to the ground on May 5 in the fires that devastated Santa Barbara. 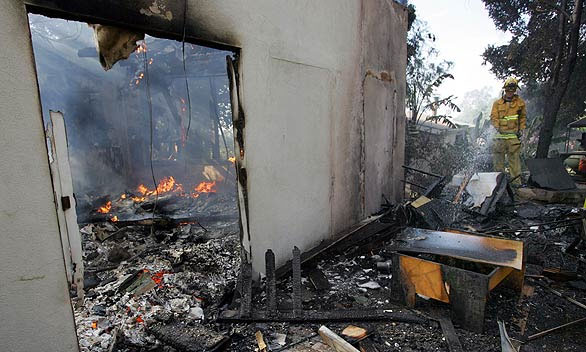 A fireman surveys what remains of the Schiffers' incinerated house.

What a horrible thing to happen to anyone, but especially to Howard, whose heart is so big and kind! Perhaps Ped could do at least a little something to make the situation better. Here is Howard’s tale:

On Saturday, May 9th, four days after the fire, I was in Macy’s to get a couple of shirts for work. I remember passing the belt display and looking down at my pants. It dawned on me that I had only one belt. I started laughing because I suddenly realized that I had four polo shirts, one handkerchief, two pairs of jeans, four pairs of socks, four pairs of underwear, one pair of sneakers, and one pair of flip flops to my name.

I was just coming to terms with all that we had lost. Even so, the contrast with the refugees I had been with in Kenya only eight days before as part of my work with Vitamin Angels was still daunting. As I explained to the LA Times the day after the fire, there was no comparison between our situations. The refugees had been driven from their homes in January 2008 during tribal conflicts and were still living in 8′ x 12′ tarp-tents in a refugee camp, with little food or security, and foul, overflowing pits as communal bathrooms. They watch as their neighbors and friends succumb to malaria, AIDS and TB every week.

Our family may be homeless, too, but we have an incredible community of friends and family here to support us. It is a great reminder of all we have to be thankful for and gives us a renewed commitment to the important work Vitamin Angels does.

When Ped contacted us with an offer of free shoes, it was a dream come true. Not only would I instantly double the size of my shoe collection (literally) but I would get to wear the coolest shoes in the world as we begin to rebuild our lives. They are so beautiful. I have never had green shoes before. Thank you so much, Ped! 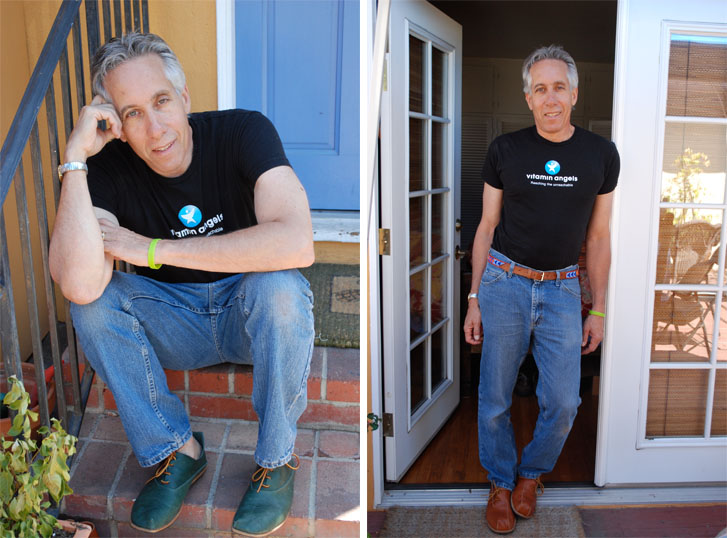 Howard Schiffer looking handsome in his new Cydwoqs! (We love the green, too, Howard!)

Although we couldn’t undo the fire, at least we were able to give our benevolent friend some stylish and reliable shoes to wear as he goes about the world doing good! Walk on, Howard!

Update 06/01/10: Here’s a great photo of Howard rocking his Cydwoqs in Hemispheres magazine.

This entry was posted on Friday, July 17th, 2009 at 1:42 pm and is filed under Cydwoq, Tales of the Sole. You can follow any responses to this entry through the RSS 2.0 feed. Both comments and pings are currently closed.